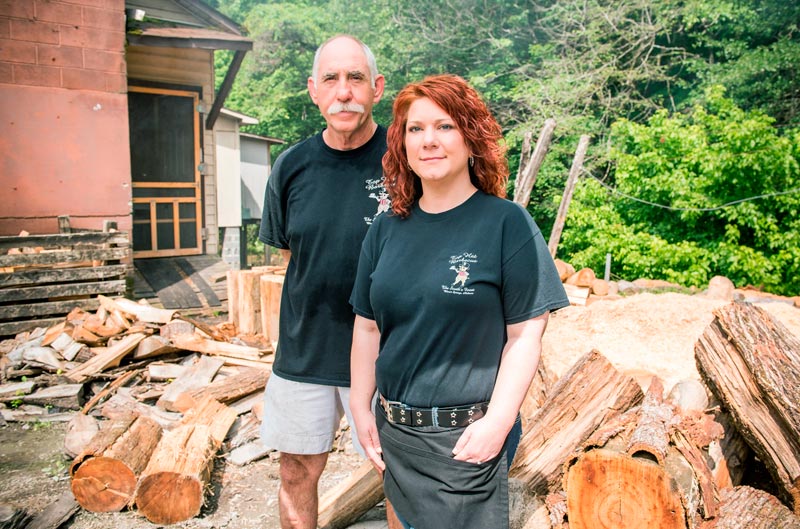 In North Alabama, going to Top Hat for great barbecue is a local family tradition. “Many of my customers were first brought here to eat by their grandparents. Now I’m seeing them come in with their children,” says Top Hat Manager Heather Phillips. Top Hat’s renowned barbecue sauce has changed little since her family bought the recipe from the Waldorf Astoria half a century ago. At 68, her dad Ron Petit who was featured on the Cooking Channel’s Man, Fire, Food, still pit cooks all Top Hat’s Barbecue. That commitment to local flavor has helped Top Hat expand from their first location in Blount Springs to Garden City and Hanceville, where Heather’s restaurant has over 20 employees.

The local flavor isn’t just in the food, but the friendliness of eating where people ask about your family and your day. That’s the same Southern-style approach to service Heather finds at Merchants Bank of Alabama, a division of SouthPoint Bank. “Banking at a smaller bank you can have a long term relationship. I look forward to going to my Hanceville branch, where I know everybody by name and they know me. My banker is Sandy Parker. When I have a question or need something, I can just pick up the phone and say “Hey it’s Heather”. Just like their barbecue sauce, Heather says Merchants Bank has been a part of Top Hat Barbecue since she can remember. She sees the relationships between local banks and small businesses as crucial.