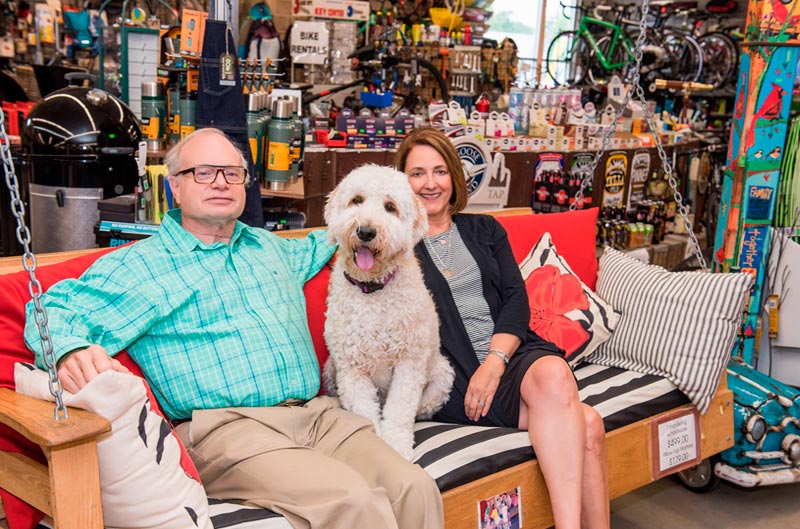 A Local Retail Magnet Tells Us Why They Stick With Merchants

Werner’s Trading Company has something for everyone. Beekeepers, mountain bikers, home brewers and fashionistas come to Werner’s to get hard-to-find supplies or hard-to-resist shoes and clothing and outdoor gear. Werner’s is where you can get your bike repaired, your cooler stocked for tailgating or your backyard set up for grilling. A few miles from Smith Lake, Werner’s is a mecca for both weekenders and locals who know they can get what they’re looking for and get back to what they’re doing. Started in 1951 as an army surplus store, Werner’s Trading expanded their merchandise which greatly expanded their clientele. The work that goes into turning a business into a local institution paid off when Rob Werner was named Small Businessman of the year and one of North Alabama’s Top Three retailers.

Becoming a household name took a bank that knows him by name. Rob has worked with Merchants Bank of Alabama, a division of SouthPoint Bank, for many years. “They not only helped set up my credit card system, they’re there for the day to day things,” he said. “With a smaller bank, you have a long relationship with your banker.” His Merchants banker, LaRue Brock, came from Regions and sees a big difference in the level of personal service Merchants Bank offers small business.

“At Merchants, the customer comes first,” she said, “I think of my small business customers as friends, and I know they think of me the same way.” Rob Werner understands this commitment to community. He is a mentor in the local school system, and volunteers his time with young people with special needs.

“Retail is changing but the power of giving customers what they need never will.”