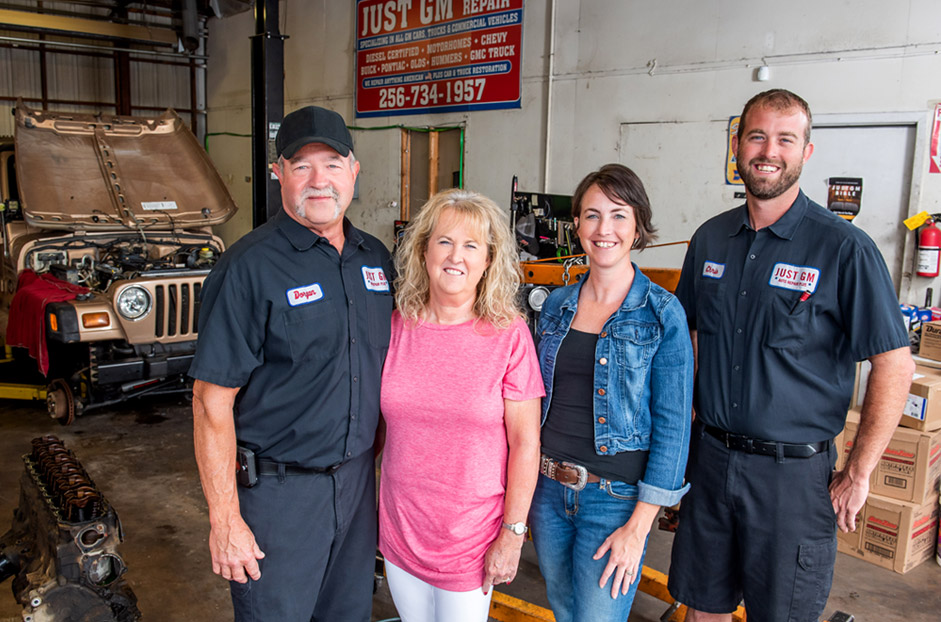 Turning that vision into a business, he needed the local banking that could turn things around quickly and that had always been his experience at Merchants Bank of Alabama, a division of SouthPoint Bank. Dorgan’s relationship with Merchants Bank has lasted three decades and as many bankers. Relying on Merchants has been a given throughout the rapid growth of his business, the purchase of his then leased mechanic shop in 2013 and in early 2020 Merchants provided the Payroll Protection Program (PPP) loans that helped him weather the pandemic. GM Auto and Truck Repair Plus will soon become a family business as his son Chris takes over. But his business banking relationship has always been like family.